I've been using maps.me for a few years now. It's a handy, offline-first map and navigation-app for Android and iOS based on OpenStreetMap data. Or should I say was?

What started as a simple Maps App which was perfect for navigating around the world while being offline, was sold, updated, and eventually turned into a huge App with travel guides, eSIM cards, a wallet, its own currency and of course - a ton of tracking.

That's not what I need - I just want a simple navigation App which allows me to download specific map-regions for offline viewing - not a digital wallet with rewards when shopping abroad.

Because of that, I was looking for an alternative and stumbled over Organic Maps - and to my surprise, it looked nearly identical to how maps.me looked like before it decided to focus on anything but maps. It's developed by some of the original developers of maps.me, is fully open-source and focuses on being privacy-friendly - with no tracking, no data collection or push notifications. That sounds promising!

I downloaded Organic Maps, imported my old bookmarks from maps.me, downloaded my home-region for offline navigation and was ready to go. Since the UI is so similar to the maps.me I've been used to, there is little to no re-learning. It just works.

I really can't wait to see how this open-source project evolves - I think it has an exciting future ahead of it.

So if you're looking for an open-source, privacy-friendly alternative to the established apps, give Organic Maps a try, it's worth it! 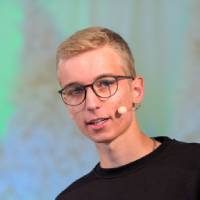