How we sell ourselves to social networks

The subway I board is quiet - quieter than usual. A young woman is sitting next to me with her child. The little one is parked in front of an iPad. Again and again he looks up from his display to the woman. When he wants to show her something on his screen, she turns him away. He doesn't stand a chance against the glaring display. His attempts at conversation are reliably filtered out. The in-ear headphones work.

I have an image in my mind: The Simpsons episode "Christmas - The Next Generation" shows a dystopia. Lisa's daughter Zia is connected to the Internet via cable. Her body - an unused shell: her head rests on the table.

It's not that dystopian yet - is it? Modern social media networks have long been part of everyday life. According to a survey by Statista, Internet use is increasing.

Tiktok, Facebook, Instagram - they all earn money with your time. Every second pays off in advertising revenue. In the documentary "The Social Dilemma" (Netflix), former developers tell what tricks social networks use to maximize profits. "Social media is a drug," says one of the developers.

Tiktok takes the addiction factor to the extreme: data in exchange for money. And even worse: time. Months, weeks, hours we could spend together. Sold below value to companies.

My journey ends at the main station. The U2, together with the woman, continues in the direction of Niendorf. How will the boy ride the subway with his children? 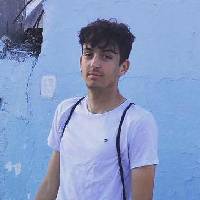